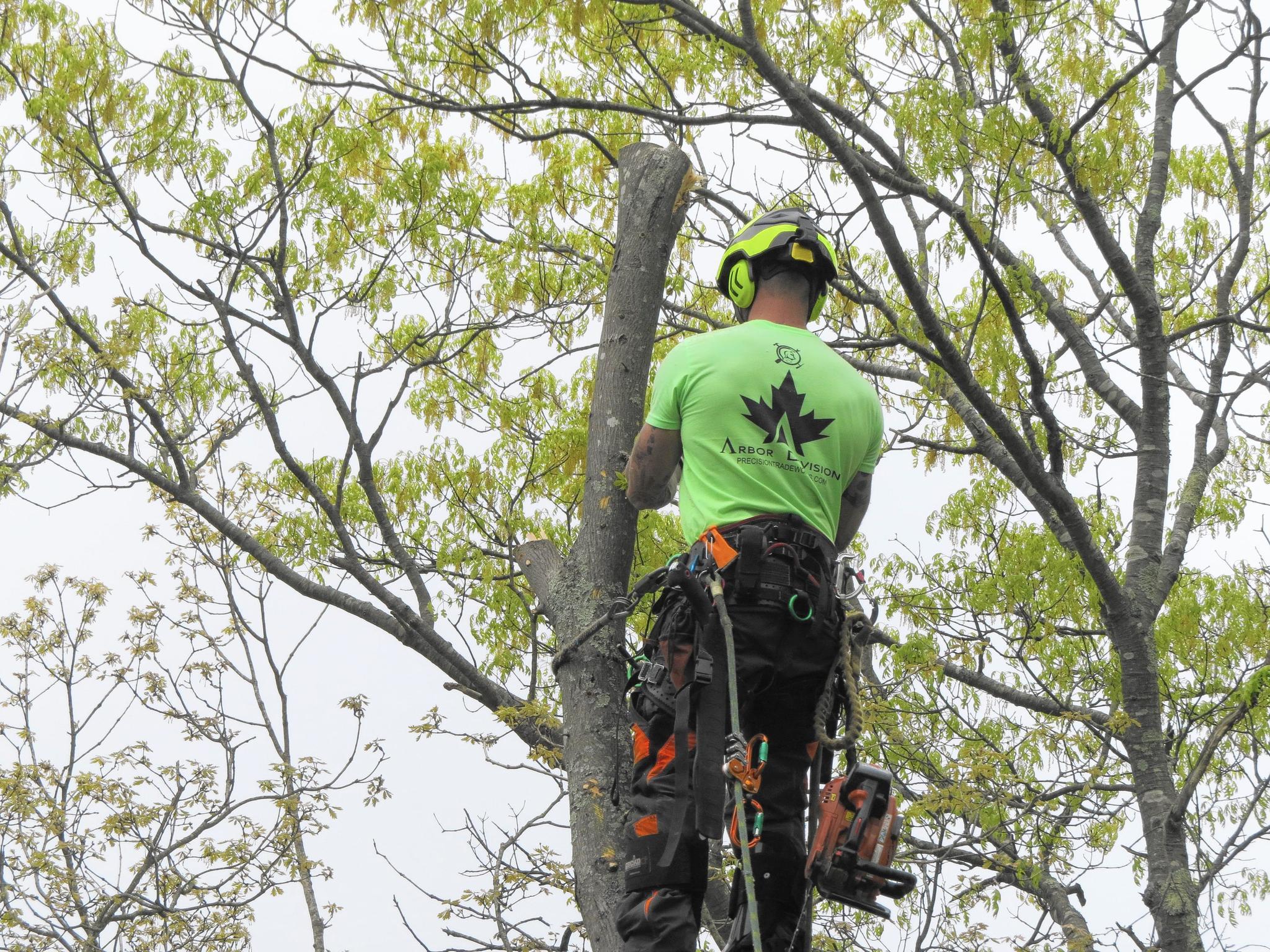 When Donald DuBois drives through eastern Connecticut, all he notices are the dead oak trees, victims of gypsy moth devastation from three previous years.

DuBois is a certified forester and owner of DuBois Forestry and Land Management, LLC. He sees wide swaths of dead trees in south-central Massachusetts and western Rhode Island, too. He estimates that there is 50 percent to 90 percent mortality of white oaks on the jobs he's had this year alone.

"It's an ecological disaster for eastern Connecticut," DuBois said.

White oak is the preferred food for gypsy moth caterpillars. In the last two years, those caterpillars have attacked black and scarlet oak, birch, beech, and other deciduous trees. In some areas, the caterpillars have eaten conifers. That denuding of the trees over the course of two and three years has led to the heavy losses.

It has hit DuBois' clients in the pocketbook. Gypsy moths have upset the plans of many forest land owners. It's hard to estimate the total dollar damage, but dead trees are worth less than living ones.

"The market for white oak drives the forest products industry in Connecticut," he said.

"People are devastated that their trees are dying," he said. "Last year, I was telling some clients to plan on it. The drought and defoliation has been really tough on the hard woods."

Sansoucy, Chris Butts, and Kristen Wotton brought a nifty lift, several chain saws, and a wood chipper to a Danielson site on May 14. Four white oaks on the property had fallen prey to the gypsy moths.

"It can get problematic," Sansoucy said. "The wood gets brittle. You make a two-inch cut into a limb and it snaps off on you."

Mike Bartlett, with Hull Forest Products, said his company is doing a lot of salvage work because of the tree damage caused by gypsy moths and winter storms. That damage is especially prominent in Chaplin, Hampton, Plainfield, Sterling, and Windham.

"This year will mark three years of defoliation in Voluntown," he said. "That's bad."

It's not just the loss of tree harvesting revenue, however. The long term impacts of such mortality are complicated and hard to gauge.

Fewer oak trees mean fewer acorns for wildlife to eat. With the loss of trees, more sunlight reaches the forest floor. The microorganisms that usually live there won't thrive in sunlight. And that opens up room for invasive species to move in. DuBois believes the changes in the ecosystem could be dramatic.

DuBois said he has spent significant time in Hartford, talking with lawmakers.

"There is no sense of the degree of destruction," he said. "What's coming is worse. If there aren't leaves on the trees now, they're dead, and they're going to be breaking up."

New Jersey conducted aerial spraying to fight gypsy moths in 2015, using a biological insecticide called Bacillus thuringiensis, B.t. It kills leaf eating insects, but is considered safe for humans and pets, according to a post on the NJ Department of Agriculture website.

"People get upset when you talk about spraying," DuBois said. "They might change their minds in the future."